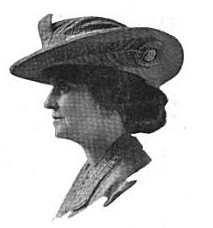 As we’ve discussed in a previous post, women became an important force in early campaigns for wildlife protection, and in the early decades of the twentieth century more and more wives, mothers, and daughters joined the cause. One woman in particular, Mrs. Charles Cyrus Marshall, went above and beyond to provide bountiful aid wherever it was needed. Though most of Mrs. Marshall’s documented work with state and national preservation may have been created through local action, her projects most certainly had national and historical impact.  END_OF_DOCUMENT_TOKEN_TO_BE_REPLACED

William Bridges, in his history of the early years of the New York Zoological Society, relates that “in 1901, William T. Hornaday, the Bronx Zoo’s founding director, sought to acquire a ‘particolored bear’ for exhibition” (Gathering of Animals, p.222).  In 1938 Hornaday’s successor, W. Reid Blair, acquired the Society’s first giant panda, Pandora.  Pandora–and to a lesser extent her compatriot, Pan–was a smashing success.  Her sojourn at the Society’s pavilion at the 1939-1940 World’s Fair was so popular that her return to the Bronx was celebrated with an enlarged enclosure and increased visitor viewing areas.  END_OF_DOCUMENT_TOKEN_TO_BE_REPLACED